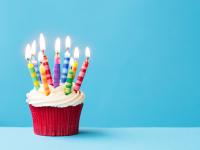 Medicare and Medicaid turn 50 today!  I read some interesting trivia this morning:

The years ahead will be challenging for health care in our country.  And, given the large number of aging baby boomers who began turning 65 in 2011, the need will be greater than ever for quality healthcare.  Medicare does not cover long term care expenses, and Medicaid is low-income based.  There is no government program coming down the pike to meet our long term care needs.  Planning for longevity is vital.  If you haven't already, let me help you explore options to see if investing in long term care insurance makes sense for you and those you love.